Thijs van Exel focuses on redesigning care and social innovation and specialises in designing innovation strategies and approaches that center on better outcomes for end users. He advises governments and other organisations, and is a frequently asked speaker on these matters. Thijs has co-founded our social labs method, experimental arrangements for tough societal challenges. Themes that resonate with Thijs are centered around housing, care and the recent changes in policy and practice in the Dutch social domain.

What grabs him in these topics is the fact that they tend to affect almost everyone’s lives one way or another, while arrangements and policies are being designed far away from the lived realities of people. We can observe the negative effects of that in homes, neighbourhoods, inside public organisations and the government. That cannot stand, he argues: we need to forge new relationships between the formal and informal, create more space for experiment and have the guts to debate bureaucratic frames rather than taking them for granted as givens.

Thijs has extensive experience with designing, testing and working with experimental methods. In the past years he has worked on and with social labs, that bring together a plethora of formal and informal (citizen) players in understanding the effects of public policy. Social labs help to grasp what’s needed to arrive at relevant and sustained solutions – and puts these insights to the test in prototypes. He brought our social labs from a first local experiment to an internationally applied method for social change.

Thijs has a background in Science & Technology Studies, researching the relationships between scientific knowledge, technological systems, and society and their cultural, philosophical, sociological and historical roots.

He loves to take his Fujifilm mirrorless camera out to capture daily life and nature. 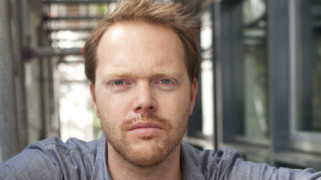 'Patient centricity' is at risk of becoming a worn cloth used for polishing a system that needs to be renewed argues KL’s Thijs. Read his opinion piece here.
Read more

This text has a Creative Commons Attribution License (CC BY) and has been copied from the Kennisland website. For a full version with images, streamers and notes go to https://www.kl.nl/en/people/thijs-van-exel/