Over the past three years Kennisland has worked together with Europeana and other partners++PartnersThis work has been carried out as part of the Europeana Creative project co-funded by the European Union. on developing a framework for the creative reuse of the digitised cultural heritage that is available via Europeana. This work has had two parts, a technical infrastructure layer (called the content reuse framework++Content Reuse FrameworkThe Content Reuse Framework (CRF) provides the underpinnings that let users of Europeana search based on criteria such as image size, predominant colour or file type. The specification for the CRF was developed by Kennisland together with Europeana.) and the Europeana Publishing Framework which provides cultural institutions delivering data to Europeana with a clear structure for doing so.

Europeana’s goal is that the cultural heritage collections it brings together are viewed, shared, used and reused wherever and whenever possible. To support this vision Europeana needed to look at how it manages content and to convince its data partners that they should provide access to higher-quality content.

The Europeana Publishing Framework is intended to provide clear guidelines to Europeana’s data partners with regards to the quality of the digital objects they make available via Europeana. It identifies four distinct tiers of participation in Europeana: the better the technical quality of the digital objects made available by the data partner, the more Europeana will invest in bringing the contentFor the first time since the launch of Europeana, the Publishing Framework provides clear guidelines with regards to the technical quality of images, sounds and videos that thousands of European cultural heritage institutions make available via Europeana. to relevant audiences.

In line with all of our work for Europeana and the cultural heritage sector the Europeana Publishing Framework underlines our belief that digital cultural heritage should be made available for reuse by the public++ReuseFor an illustration of reuse of Europeana content, see our new web application embedr.eu which makes it simple to embed high-quality images from Europeana in social networks and other websites.. In order to be included in the top tier of the framework, content does not only need to be of good technical quality, but it also needs to be available under conditions that allow free reuse.

For the first time since the launch of Europeana, the Publishing Framework provides clear guidelines with regards to the technical quality of images, sounds and videos that thousands of European cultural heritage institutions make available via Europeana. We expect that this will result in more high-quality objects becoming available for reuse via Europeana. 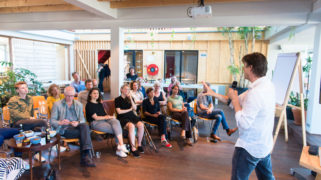 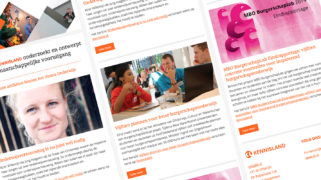 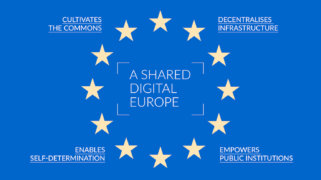 This text has a Creative Commons Attribution License (CC BY) and has been copied from the Kennisland website. For a full version with images, streamers and notes go to https://www.kl.nl/nieuws/presenting-the-europeana-publishing-framework/