Nora and Kimon Moerbeek both joined the Kennisland board in June 2017 and took over as co-directors following the departure of Paul Keller in 2019. Nora has been solely responsible for the leadership of KL since early 2020.

“The past few years have been very enlightening, inspiring and challenging. I can look back on all we have achieved with a great deal of pride and satisfaction. We have a strong team and have launched many successful projects that have contributed to social progress. It’s now time to move over and allow a new leader to guide Kennisland into the next phase. The merger with CAOP offers many opportunities and KL’s added value to society remains clear.”

During the past twelve years, Nora has been part of many major changes at Kennisland, including the departure from Spring House, the move to the Marineterrein district and the merger with the CAOP.++MergerBy joining forces with CAOP, we are in a better position to realise our ambitions, for example because we can scale up and expand successful projects more easily. Philip Geelkerken, managing director of CAOP:

“I’m really thankful to Nora for all she has done for Kennisland through the years. We will continue on the same course and expand our projects to make an even greater impact on society. We will of course miss Nora and wish her all the best for the future.”

In the coming months, Nora will still be present at Kennisland and will pass on as much knowledge and experience as possible to the rest of the team. She will finish working in January.

Kennisland is looking for a new director. View the vacancy here (in Dutch only). 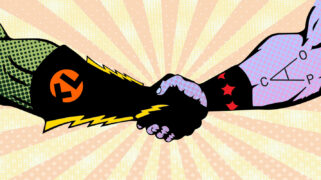 This year the European Social Innovation Competition has revolved around reimagining fashion. It ignited 766 innovators to submit their innovative idea, thirty semi-finalists to go through our extensive mentoring track and now three winners who will use their €50.000 prize money to maximise their impact for a cleaner and more social tomorrow.
Read more

This text has a Creative Commons Attribution License (CC BY) and has been copied from the Kennisland website. For a full version with images, streamers and notes go to https://www.kl.nl/en/news/nora-van-der-linden-leaves-kennisland/