The Dutch academic system shows signs of stress. While the Netherlands belongs to the international scientific top++RankingAccording to the annual ranking of universities by Times Higher Education magazine Netherlands was in fourth place last year., the Dutch newspapers headline: “Government tackles PhD factories“, “Citizens assist in deciding about universities’ research” and “Impact factors no longer leading” (all articles Dutch only). We also see many new initiatives sprout: students and teachers occupied the University of Amsterdam and introduced the New University Movement while academics Radder and Hoffman wrote “The Academic Manifesto: From an Occupied to a Public University”. The initiative for a crowdsourced Dutch National Research Agenda has been both praised and criticised in the media, while the worried science collective++ConferenceScience in Transition is organising a third conference on 15 March 2016, ‘Towards New Ideas for Universities’. Register here. “Science in Transition” simultaneously raised ruckus in the administrative circles with their alarming report about universities’ “State of Affairs“. The collective, which exists of renowned scientists, wroteThe Dutch academic system shows signs of stress.:

“With the recognition that there are flaws in the system comes a call for changes to the system. International developments indicate that not only is this the right time for change but, moreover, that change is inevitable. The current system of science is in a state of flux, the requirements imposed on it are changing and the Netherlands cannot afford to lag behind.” (..) “Science must not remain an inward-looking system and societal stakeholders should be given a greater role in analysing science and helping to set the research agenda. A system change of this nature requires time and dedication of everyone involved. ” (..) “However, a great many researchers also say that they are incapable of change, even though they would very much like to. For an individual researcher or even an individual university it is, essentially, impossible to withdraw from the system. This means that the system as a whole has to change and that requires a political stimulus.”

AcrossThe current system of science is in a state of flux. the border in Belgium the personal experience of academic, author and popular speaker David van Reybrouck (44) gives the challenges of academic systems a public face. He writes about why he left his university to devote himself entirely to public speaking and writing:

“It’s not just because many of those academic articles are hardly read, even by my peers; it was especially since the publication pressure seemed to want to pick me away from the public debate that I found so relevant. I wrote essays for De Morgen [Belgian newspaper] and worked as an editor for an international journal: neither counted. I had to produce articles, like a termite queen produces eggs. As a young researcher, I was encouraged to look up, and measure myself with my international counterparts.” (…) “The danger of it all was that the international scientific community became some kind of UFO, an independent universe with its own rules, agreements and language, a universe that takes place over the heads of ordinary mortals and is increasingly sung loose from the society which you come from as a young researcher. Because I did not want to languish in a corner of that ethereal UFO, I left university [in 2005] and began my life as a doctor emeritus. “(..) Reybrouck concludes: “Could it be that in a legitimate curb of excesses, we have passed into a system which today grinds the good pieces as well and even generates new excesses?” (In: 10 December 2014, De Correspondent – Dutch only)

TheI had to produce articles, like a termite queen produces eggs. Dutch academic upheaval is not a standalone. Worldwide we see momentum to rethink the way we acquire, produce, and utilise academic++Inspiring readsGeoff Mulgan (Nesta) wrote a piece on “Why universities don’t just need more innovation – but also more of a system for making the most of the best ideas”. Academic Stefan Collini (University of Cambridge) wrote a critique on the plans for a Teacher Excellence Framework, while Dr. Jack Stilgoe wrote about the problem with scientific excellence. knowledge. There are initiatives from both inside and outside academia that discuss the future fitness of academic systems, i.e. about open access of (publicly funded) knowledge, student roles in higher education and the societal role of universities. Although the debate is scattered and often dominated by talks by the academic system for the academic system about internal politics and stringent public budgets for scientific research and education, the discussion about academic innovation also finds traction in the enormous complexity of current social and economic challenges like migration flows, climate change and financial systems. These challenges demand collaboration around creating and sharing knowledge beyond mere academic systems: making excellent and useful knowledge should not be just a practice reserved for scientific experts. And it isn’t! More and more citizens are highly qualified and therefore demand better accessibility and more openness and participation in the process of making of scientific knowledge. Furthermore there is a growing public interest in the outcomes of scientific research. This is expressed in different ways: from interest in popular science books and television programs, to debates on online platforms and participation in open citizen science projects.

We think that these developments towards more open, democratic and diverse academic engagement can create windows of opportunities for academic innovation, collaboration and connection. But how to support these windows? In its effort towards creating the ‘Dutch Science Agenda 2025’, the Dutch government had indicated to put resources towards its core policy choices, which values scientific strengths, social issues and economic opportunities:

“The idea that knowledge dissemination and valorisation would only be addressed when scientific knowledge is fully developed, is outdated. We believe that it is precisely in the beginning of the [knowledge production] chain an awareness is required of the need for knowledge and the potential knowledge users. According to the principles of co-creation of knowledge scientists develop together with social partners new knowledge that meets their practical needs. In addition, the scientists make use of the unique knowledge and skills of the end users (p.39). “From: “Science Vision 2025: choices for the future.” (Dutch only)

This is why we think that it is time to better support academic innovators who already have (or aspire to have) innovative and open academic work practices and who work passionately to introduce their knowledge innovations in both in- and outside academic systems. We find that these kind of innovators are still largely invisible and, more importantly, unconnected. Who are they and how do they learn from one another? How do they innovate knowledge production chains of (free and applied) science towards more openness, inclusiveness, democracy and collaboration so that science better contributes++In practiceSadly this question is rarely asked on conferences that deal with social innovation, see for an example this upcoming conference. Social innovation conferences often sport a list of relevant social issues, but rarely question their own knowledge making practices, and whether they are useful to society. Why not innovate the ways we make knowledge? Marlieke wrote a piece on this topic before. to human well-being and socio-economic progress at large? How do they keep a balance between pressing social issues, academic innovation and academic freedom? How are they supported or hampered by academic institutes, policies, funding models and government policies? These questions are still largely unanswered and need a more structural and international approach.

When thinking of academic innovation we explicitly don’t think of promoting better or more academic content. Instead, we mean contextual (systemic) innovation, the renewal of processes that create knowledge and make knowledge accessible. It is that kind of renewal that makes academic content as valuable as possible for end users, but also enables academics to make scientific knowledge in the best possible ways. We can think of these thematic streams:

Watch the documentary ‘Collaboration: on the edge of a new paradigm’ by PhD-researcher and Danish philosopher Alfred Birkegaard to get inspired and find out why we need new ways to produce knowledge.

Collaboration – A documentary from Open Media Lab on Vimeo.

A networked learning space for academic innovation that connects all these themes on a systemic and international level does not yet exist while the (knowledge production) problems universities, academics and social innovators face are systemic and international. Together with society, universities, scholars and governments, Kennisland would like to find answers to key questions about the innovative power of science with academic innovators. We want to connect them at an international level and create learning spaces through which they can gain more public visibility, start a new debate, initiate knowledge sharing and networking and find support for experiments and prototyping. In this way the innovators get to know and understand each other’s practices and they may push forward the necessary changes together.

Are you a practicing researcher-academic or a researching-academic practitioner with a front running practice that is improving the way we find, use, produce or share knowledge, and you want to get involved? Get in touch with us as we would like to write up your personal story for an upcoming piece!

An earlier version of this article was used as a discussion starter in a round table organised by Kennisland with Dutch government officials, policymakers, teachers, students, researchers and science journalists with a practice in academic innovation. This conversation took place in the context of a series of talks organised by the Dutch Ministry of Education, Culture and Science (OCW) about challenges of tomorrow. 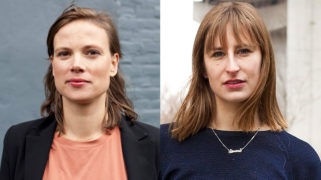 This text has a Creative Commons Attribution License (CC BY) and has been copied from the Kennisland website. For a full version with images, streamers and notes go to https://www.kl.nl/en/opinion/why-society-needs-innovators-in-academic-systems/