For the last eleven and a half years Kennisland has been my professional home and base of operations (first high above the the Keizersgracht and since 2015 as part of Spring House). Last week we have announced that it is time for me to leave to make place for the next generation to take over the helm at Kennisland. The past decade has been an amazing ride during which I have learned and grown a lot. Over the years I have had the opportunity to work with lots of amazing people++Thanks!This is not the moment for thanking everyone who needs to be thanked but among all the people who have influenced me over these years two absolutely stand out: Chris & Jill. Without either of them and the strange magic of complementary characters between us I would not be where I am right now. Thanks! both at KL and all over the world on making the world a little bit of a better place.

Most of my contributions in doing so have focussed on fairly nerdy and technocratic issues. The most impactful – and hopefully lasting – change that we have managed to achieve is that we have convinced large parts of the cultural heritage sector to embrace digitisation as a chance for radical openness instead of seeing it as a threat (or, even worse, as a business opportunity). We have changed many organisations’ internal policies from closed by default to open by default and at this moment it feels that there is enough momentum in the direction of open access to collections and other data for it to sustain itself.

But changing internal policies of public institutions is not enough if they operate in a legal environment that is stacked against them (and against individual users and creators). This is why, over the last six years or so I have spend an ever increasing amount of my energy to fight for better copyright legislation in Europe.++Fighting for better copyright lawFor more information, click here. As I am preparing to leave Kennisland this fight is nearing its logical conclusion, and the jury is still out to determine in how far our attempts to change things for the better will be successful. Right now it is not looking particularly good, but as the saying goes, it ain’t over until the fat lady sings.

I will focus my remaining timeThe most impactful – and hopefully lasting – change that we have managed to achieve is that we have convinced large parts of the cultural heritage sector to embrace digitisation as a chance for radical openness instead of seeing it as a threat (or, even worse, as a business opportunity). at Kennisland on continuing this fight and I am optimistic that we still have the chance to move the needle in the right direction. Even if the end result of this round turns out to be disappointing the struggle for a legal environment that prioritises the interests of individual creators and the general public over the interests of profit-driven intermediaries (both legacy entertainment industry and our new platform capitalist overlords) will continue for the foreseeable future.

It is somewhere in this space that I see my post-Kennisland future to unfold but at this point in time it is too early to say what I will be doing next.++What’s next?While I have no definitive plan for what I am going to do next, I have lots of ideas for future endeavours and I am still open for suggestions. If you have any ideas or plans that you want me to be part of, please feel free to get in touch!

But the darkest moment of my time at Kennisland was the fact that, no matter how hard we put up signs, organised campaigns and tried to ignore the inevitable logic of the destructive carnage in Syria, we lost Bassel (RIP). Thinking about Bassel and the never-ending carnage in Syria puts whatever I managed to achieve during my time at Kennisland into the perspective of the world around us ever so slowly getting more unhinged. 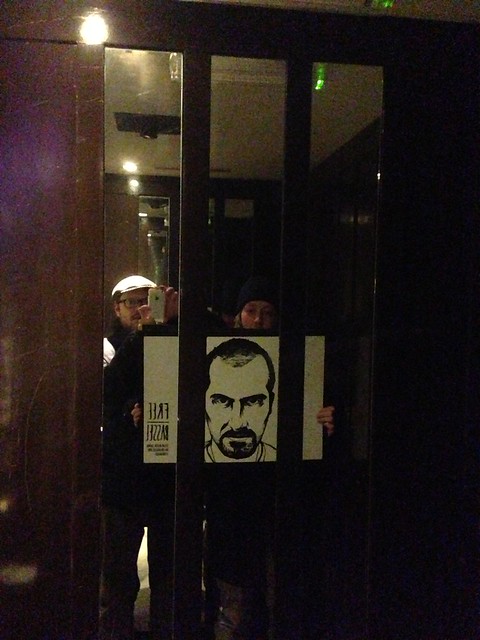 This text has a Creative Commons Attribution License (CC BY) and has been copied from the Kennisland website. For a full version with images, streamers and notes go to https://www.kl.nl/en/opinion/new-horizons-leaving-kennisland/