From 1 January 2015, responsibility for the important portfolios ‘work and income’, ‘youth care’ and ‘long-term care and care for the elderly’ will be transferred from central to local government. On paper, Operation-3D will soon be reality; the participatiesamenleving++Participatory societyThe five misunderstandings about the participatory society by outgoing professor of Active Citizenship Evelien Tonkens (University of Amsterdam) (Dutch only). (participatory society) is hot. But what will this transition involve in practice? Who is in danger of falling through the cracks in the system? And what does this mean for existing services? This is terra incognita. We explore this unknown territory by developing methods that can better prepare us for that which is to come – social labs that are local and temporary and which are organised together with local people. These labs allow plenty of space for experiment. New practices are developed and tried out together by doing. This allows us to discover new solutions together.

EverWhat does the decentralisation of central government responsibilities mean for (vulnerable) citizens? since our foundation in 1999, KL has made a strong plea for placing ‘the end user at the centre’ of innovation processes. The establishment of the Kafkabrigade++KafkabrigadeFirst aid for bureaucratic breakdown. Read more in 2005 made this a visible part of our methodology. After a thorough analysis of dysfunctional government services, there followed ‘appraisal interviews’ in which those involved were brought together on location: not just those making and implementing policy, administrators and experts, but also the end user, the ‘client’. This discussion led to a new problem definition and the preparation of a list of solutions and an action plan for improvement.

KL continues to apply this same principle of ‘user-centred design’ in more and more experimental settings such as the Social Innovation Safari and, more recently, the labs. In doing so, we focus on better lives for citizens – and on what is necessary as regards problem-solving capacity, better service provision and the role of government. And this applies most of all to vulnerable citizens: those who are most at risk of being affected by changes in the law, cutbacks or political choices. What is their story, the one behind the figures++FiguresTo mention one figure: a quarter of pensioners lack a “care network”. Source: Volkskrant and the categories of, for example, a ‘zelfredzaamheidsmatrix++Self-reliance matrixMunicipalities make use of a ‘zelfredzaamheidsmatrix’ (self-reliance matrix) in order to determine how self-reliant citizens in a particular district are (Dutch only). (self-reliance matrix)’? What aspects of the public domain can, in their opinion, be organised better or differently? Our lab-based approach is aimed at reducing large (central or local government level) tasks to a more practicable size, one that it is attractive to be part of: to contribute to, to learn from and to help develop. Even more importantly, this small-scale approach offers the space for experiments with social challenges that appear at first glance to be completely impossible to get to grips with. This happens through experimenting and learning together. Kennisland is not alone in promoting this. Both nationally and internationally, experiments are ongoing into new approaches towards social innovation. Watch, for example, the informative video produced by our international partner InWithForward (see bottom of page). Nesta has collected 20 international examples of these new approaches.

Much uncertainty about the effects of decentralisation

At the level of local government, the large-scale “three decentralisations” (3Ds) are currently receiving a lot of attention. These ‘Ds’ represent the transfer from central to local government of responsibility for youth care, work and income, and long-term care and care for the elderly (Jeugdwet, Participatiewet and Wmo (Youth Act, Participation Act and Social Support Act)). To the extent that these responsibilities did not already lie with local government, we see that there is still a great deal of uncertainty about the approach taken and the effects of this huge project. Everything appears, at the level of government at least, to have been organised in a timely manner. Everything appears, at the level of government at least, to have been organised in a timely manner. However, the effects on communities on the ground are still difficult to determine. An example of this are the (yet to be established) wijkteams (district teams++District teamsHow do “Sociale Wijkteams” (Social District Teams)’ work? See this  excellent file from Sociale Vraagstukken and learn more (Dutch only).), which will handle care and social welfare: these teams consist of care professionals, although there will soon be much less money available for care. How can we ensure, within the time available, that their services match up with people’s desires in practice? How do we ensure that a wijkteam connects well with other important areas of concern such as housing and security?++Housing and health?A variety of research projects have demonstrated that social networks, housing and health are closely related. Read more (Dutch only). In each lab, a team consisting of local people, professionals and (local) government officials comes together in order to investigate how they can best relate to and work together with one another.

An example from real life: growing old in Amsteldorp

The most recent example of our experimental approach in relation to the 3Ds is the LabSprint Amsteldorp, a programme of active in situ research into growing old in a vulnerable neighbourhood++DIY careThis topic is relevant not just in Amsterdam. Since 1 April 2013, such social workers have also been active in Rotterdam. Clients in need of help must rely to some degree on their “own capacity” and become self-reliant. But to what extent are vulnerable clients self-reliant? Watch this impressive documentary on “DIY care” from NPO (Dutch only). . Our aim was to discover which formal and informal support networks exist for elderly people who are at risk of being adversely affected by the 3Ds. Together with residents, local professionals and the municipality, we attempted to arrive at ideas for improvement.

‘Growing old’ is a wide-ranging term touching on various domains. This makes it an interesting problem, one for which there is no single answer. The LabSprint Amsteldorp has helped us to generate new outcomes at three levels:

1: Benefits for the neighbourhood

During the LabSprint, various new ideas for improvement arose and people were brought together and took action together. One such new idea was the Buurtwandeling (neighbourhood walk) led by residents. They wandered together with professionals and local government officials through the neighbourhood in order to show them what works well and where there is room for improvement. The photo at the top of this page was taken during the first Buurtwandeling.

2: Insights for the labteam (and their network)

For participants working in local government and professionals, the LabSprint was a learning space in which to gain experience with a totally different way of working. Local people were the starting point for generating insights and actions; furthermore, the authorities could ‘practice’ their new role. Those working in local government who took part valued the unique insight into the effects of their policies.

The LabSprint functioned as a kickstarter for the municipality of Amsterdam’s lab-based approach: an expansion of the tools available to the municipality for tackling future problems. There was a great deal of enthusiasm at the senior management level; at the time of writing, a plan for a large-scale city lab for Amsterdam was in preparation! 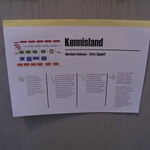 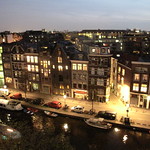 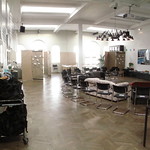 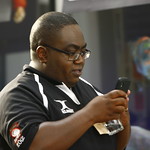 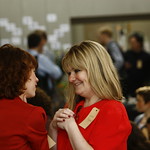 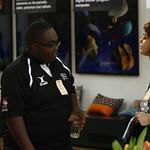 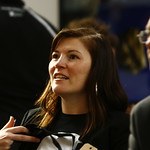 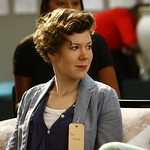 Kennisland believes that we must look beyond this trend for new solutions. New solutions do not automatically create new or better public value, nor do they share this value in an equal manner. It is often the case that such solutions fail to meet the needs of end users and that a great many people are not reached by them. In short, new solutions do not automatically bridge the gap between failing systems and the daily lives and experiences of those who badly need these services.

This text has a Creative Commons Attribution License (CC BY) and has been copied from the Kennisland website. For a full version with images, streamers and notes go to https://www.kl.nl/en/cases/labs-proeftuinen-terra-incognita/