After running social labs in various cities in the Netherlands and exploring the opportunities for social labs++Social labRead more on our social lab methodology. in different cultural settings by means of a labsprint in Hong Kong++Social lab Hong KongWatch here what we did in Hong Kong., Kennisland has started a social lab in the 10th district of Vienna++Liebes Kreta?The neighbourhood around the Ankerbrotfabrik used to be called Kreta. That’s why the social lab operates under the name of ‘Liebes Kreta’. together with Remko Berkhout. With the rise of community arts as a tool for empowerment, social cohesion, education and imaginative capacity, Viennese initiatives such as Superar, Magdas Kantine and Community Cooking settled in the former Ankerbrotfabrik in the 10th district to connect people from various ages and backgrounds. Together with Kennisland, the initiatives in the Ankerbrotfabrik are exploring the use of personal stories as a means to develop and support new (innovative) local projects.

When exploring the Viennese 10th district ‘Favoriten’, one can pick up inspiring stories about art projects, urban gardening, refugee initiatives and active Islamic community centres. Historically seen Favoriten is the worker’s district of Vienna, being the most densely populated district, as well as the district with one of the highest percentages++Population in ViennaRead more here about the Viennese population according to migration background. of inhabitants with a migration background. Both the Siemens Factory and the Ankerbrotfabrik (the former largest bread factory of Europe) have, over the past century, been sources of mobilisation and empowerment before (almost) totally closing down 15 years ago.

In recent years, initiatives like El Sistema++El SistemaEl Sistema is a free high-quality music program for children from all kinds of backgrounds. have become emblematic practices for socio-cultural springboards in the world. Today in the 10th district, we’ve learned that the diversity of cultural initiatives signifies an empowering force for the local community – but is as of yet largely scattered and untapped potential. Objekt 19, a privately owned building on the Ankerbrotfabrik site, is opening its doors, literally, to connect with people from the neighbourhood. Initiatives like Superar, Magdas Kantine and Community Cooking are all focused on empowering the local community. Soon, they will be joined by Caritas’ community engagement team and Porticus’ Community Arts Lab.

By means of Kennisland’s social lab methodology Feed Forward Stories++Feed Forward StoriesRead more about Feed Forward Stories in chapter 3.3 of ‘Lab Practice: Creating Spaces for Social Change‘., a multidisciplinary team including citizens, members of Objekt 19 initiatives, local public officials, artists and Viennese storytellers will together work on finding out what the stories, dreams and visions of people from the neighbourhood are. By presenting their stories in multiple creative ways, the different perspectives from people with all kinds of backgrounds come to life. All these perspectives together will serve as feedback in a space for experimentation where citizens, organisations and the local government together form new ideas, actions and initiatives in and around the Ankerbrotfabrik to support the local community. 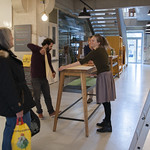 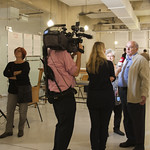 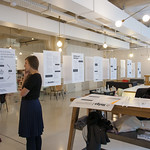 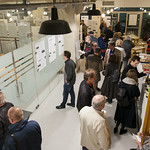 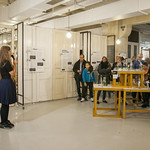 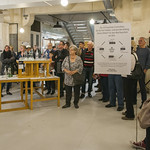 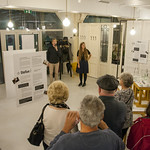 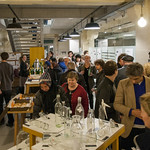 For our social lab in Vienna, we exhibited stories and wishes collected with and from people living in 'Kreta', a small neighbourhood in the 10th district.

This text has a Creative Commons Attribution License (CC BY) and has been copied from the Kennisland website. For a full version with images, streamers and notes go to https://www.kl.nl/en/projects/social-lab-vienna/