In recent years, the taxi and hotel industries have been rocked by new initiatives such UBER, ABEL and Airbnb. These start-ups have introduced new business concepts based on a much more direct relationship between providers and customers. They have shaken up existing relationships significantly and ensured innovation in what is on offer. Since the summer of 2015, a similar “disruption” has been underway in education in Amsterdam.

In June 2015, at the request of Simone Kukenheim, the local councillor with responsibility for education, Kennisland called on citizens to submit ideas for new schools in Amsterdam. This was a national and indeed an international first++“Moonshot in education innovation”Read this very positive article in The Huffington Post. : city residents were given the chance to design and set up their ideal school themselves. The interest in the Onze Nieuwe School (Our New School) project was overwhelming. 124 “schoolmakers”124 ‘schoolmakers’ submitted a plan and another 174 others an inspiring idea. Tens of thousands cast their votes. responded to the invitation and submitted a plan. Tens of thousands of people cast their votes on the website. A professional jury selected fifteen schoolmakers who were subsequently guided by Kennisland during an intensive six-month period in the so-called Incubator. This involved meetings, visits by expert coaches and a learning ring++Learning ringThe Ministry of Education, Culture and Science, the Education Inspectorate, the Municipality of Amsterdam, a school administrator, a parents’ representative (OCO) and a teacher. of relevant actors so that the lessons learned could be directly translated into practice.

In January 2016 the College van B&W“Moonshot in education innovation!” – The Huffington post (Municipal Executive) announced which four initiatives would actually get the chance to start their schools. These were Laterna Magica++Laterna MagicaA school for 0-18 based on the concept of natural learning, where pupils make a significant contribution to their own education., KIEM VMBO++KIEM VMBOA school where action and doing are key, a learning style which better meets the learning style of boys., Klein Amsterdam++Klein AmsterdamA school that uses the city as a learning environment. Pupils go out into the city, but the city also comes into the school. and the Alan Turing School++Alan Turing SchoolA continuous learning programme for pupils aged 4-18, where the core subjects are based on themes.. These four schools will prepare for the start of their new schools in the school year 2016/2017 in the so-called Kraamkamer (Nursery).

Onze Nieuwe School is a rich experiment that has yielded many insights into education innovation. The most important are:

1. There is plenty of capacity for thinking and doing in society

“What a relief, after all these years in which education was mostly something to complain and whine about (…). Here, education is something you want to be part of, something that you could start a conversation about at a birthday party without embarrassment. And the municipality of Amsterdam also appears to be correct in thinking that there is not just a need for more places for education but also for new educational ideas.”

2. Starting a new school is too complicated

3. We need openness within existing relationships

Onze Nieuwe School has set in motion a constructive discussion in Amsterdam about what good education is, about what an addition to the education currently on offer in Amsterdam could be and how these new schools could be made possible. It is an excellent opportunity to expand not only the educational offer but also to make it more diverse and more innovative. The entries submitted show which needs exist in the city and which new educational initiatives could answer those needs.

In addition, Onze Nieuwe School has been a learning experience for everyone involved: they observed and learned how the process of establishing a school works. All the stakeholders in education in Amsterdam (the learning ring) watched the process closely. They saw the issues encountered by the schoolmakers, the obstacles to innovation in education that exist and how legislation can be a barrier to the establishment of new schools. As well as the realisation of new educational initiatives, this joint learning process has made all concerned aware of their own role in the development and establishment of new schools. This is important, especially given the new legislative changes. These should make it easier in practice for new schoolmakers to make use of the constitutionally-guaranteed freedom of education++Freedom of educationRead more about freedom of education as a constitutional right..

A sustainable, inclusive society starts with young people and education. This is why we are working to develop the innovative capacity of teachers, school leaders and administrators. Our approaches focus on the living environment and perspective of young people, rather than the system environment of policymakers, test designers and developers of teaching methods.

Chris Sigaloff gave a TEDtalk with this title on TEDxAmsterdamED which took place on 20 April in Amsterdam. In this talk she pointed out that in order to innovate within the field of education, it is necessary to open up the system and let outsiders – the unusual suspects – in. 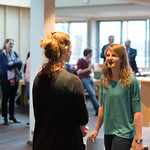 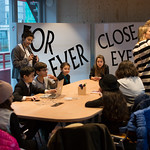 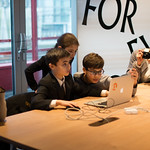 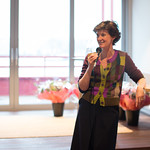 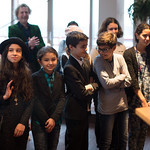 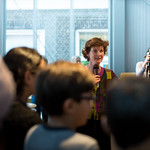 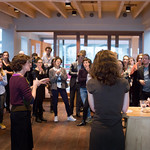 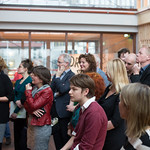 This text has a Creative Commons Attribution License (CC BY) and has been copied from the Kennisland website. For a full version with images, streamers and notes go to https://www.kl.nl/en/cases/start-ups-in-education/