Kennisland and the Mozilla Foundation organised an Out of Office dedicated to Copyright and Maker Culture on February 24th. A Maker Party is an event for artists, authors, activists, educators, coders and entrepreneurs where they can learn more about how to connect outdated copyright law to our modern maker culture. The maker culture is where individuals actively make things for personal use, the commercial market and simply to share freely. Technological developments have enabled us to be creators. It has become easy to remix and transform material and share it on the Internet, which can conflict with (outdated) copyright regimes. We need to make sure we have copyright law that embraces innovative maker culture.

“All libraries should have a maker space”

The first guest of the evening, Jeroen de Boer, librarian and member of the maker movement, has found different ways to continue to innovate libraries and schools. One of the main tasks of libraries is to share knowledge, and they should embrace the maker culture. Jeroen advocates for maker spaces as a fundamental part of libraries, where visitors can learn (by doing) about maker culture and digital literacy. That is why there is a 3D printer in his library. Jeroen, for example, organises workshops with FryskLab Maker Boxes++Maker BoxesMaker Boxes consist of eight boxes based on the eight elements of digital literacy (Belshaw). Each box contains a piece of technology and the participants have to find out what’s in it, how it works and how to interact with other participants and boxes.. Maker boxes allow you to discover new exciting technology.

He explained that open source data use allows great design at a low price. He told the story of a 9-year-old boy who was looking for a suitable prosthetic hand. The boy found one on the Internet, which had a design based on open-source data. Because it was open source, the boy was able to print the prosthetic hand in the colours of his favourite football team in cooperation with the University of Minnesota for only fifty euros. This story illustrated the importance and relevance of the maker culture and how it can benefit society.

Copyright based on the printing press

Sadly, educators are still not able to benefit from all technological developments. Copyright is often a difficult barrier for teachers. Lisette:

“Is it reasonable that an educator must ask permission to Fox News before emailing a clip of a Trump press conference to her students for preparation?”

After the presentations there was a discussion about the impact of open source data and the emerging culture maker. Some people expressed their worries that the rise of the maker culture went alongside a decline of appreciation for particular knowledge and skills. This can have negative consequences for existing business models for creators. Others suggested that a possible solution to this problem is applying other business models such as Patreon. 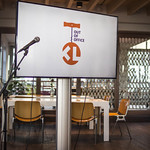 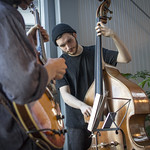 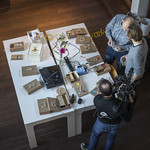 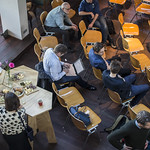 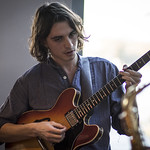 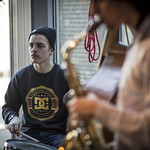 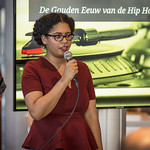 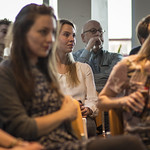 This text has a Creative Commons Attribution License (CC BY) and has been copied from the Kennisland website. For a full version with images, streamers and notes go to https://www.kl.nl/en/news/throwback-office-9-maker-party-copyright-maker-culture/