Pictures of the KL Cocktail!

The importance of involving citizens in the solutions civil servants create for problems in society, is becoming more and more recognised. The target group of MindLab, one of the most prominent innovation labs in Europe, was set up by different Danish ministries to tackle challenges in society. It is a cross-governmental innovation unit, which uses social design to create new solutions for society and transform the public sector. Jesper Christiansen, anthropologist and research manager at MindLab, came all the way from Denmark to talk about MindLab’s vision and work on innovation in the public sector.

MindLab’s vision and field of work

Jesper starts his presentation with MindLab’s vision. Like the Dutch government, the Danish government offers plenty of services to its citizens. Although the Danish citizens use public services every day, these services do not seem to be built for them. The traditional top-down approach with regard to policy making, used by the Danish government, causes ‘uncomfortable interaction’. According to MindLab, this approach should be reframed. MindLab believes it is necessary to create a new type of relationship with citizens in order to recognise the diversity of people. Therefore, MindLab operates from the citizens’ perspective to create a more human-centered policy making process, which is a non-traditional approach. MindLab strongly believes that bottom-up change has more impact in society, although it is often more complicated.

MindLab is trying to interrupt the usual practice from within the system. According to Jesper, working from within the system has both advantages and disadvantages. “On the one hand, you have direct access to civil servants and the minister. On the other hand, you have to accept some limitations. It is hard to negotiate space,” Jesper says. As part of a top-down organisation, the people of MindLab often run into a wall when they try to challenge the system. Civil servants often claim to be interested in MindLab’s ideas. When it comes to action, however, they do not always act accordingly and sometimes even head into a different direction.

One of the Kennislanders asks whether MindLab is being used as a tool by the government in order to discharge civil servants from the responsibility to go and talk to citizens themselves. Jesper admits that this is definitely the case, but says that this method also creates opportunities for MindLab. MindLab tries to provide legitimacy for another approach in policy making. In Jesper’s opinion, people are ready to do things differently, but they do not know how. His advice is to keep on having the conversation about how to balance the radical transformation agenda with the conservative systemic agenda. There is no easy answer. Luckily, after Jespers’ talk, we had plenty of time to further discuss this topic, while enjoying some cocktails! 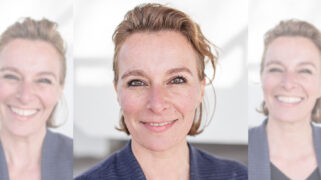 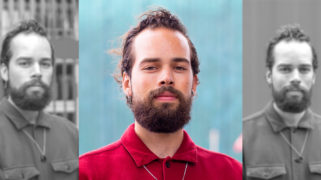 This text has a Creative Commons Attribution License (CC BY) and has been copied from the Kennisland website. For a full version with images, streamers and notes go to https://www.kl.nl/nieuws/kl-cocktail-20-september-mindlab-new-public-solutions-in-denmark/