A week ago I read this piece by Marc Lafleur who is a health strategist at Gemic. I found it a great read, not only because it expresses concerns I share, but also because I think it fuels a much-needed debate++A much-needed debateThat’s why I wrote this response to Marc Lafleur’s The End of Patient Centricity. on ‘patient centricity’ and (foremost) the model that lies behind it. The author dares to take a critical stance towards this phenomenon that not many people dare take and may, from a business point of view, not be the wisest perspective to be associated with. I’m not as composed as mr. Lafleur on the topic but I do feel this debate deserves to be brought here, to the Netherlands, where we suffer as much from a ‘Model Crisis’ (a phrase that I will later explain) as in mr. Lafleur’s context, the US. My first advice to you is: take half an hour to read Lafleur’s article and if you’re still with me that its contents deserve further thinking, I welcome you back here.

Although there are huge differences between the American and the Dutch health care systems (accessibility is just one, be it a prominent, area of dissimilarity) Lafleur’s central notion of patient centricity will immediately be recognisable by anyone close to the local (Dutch) system. In the Netherlands, we love to “put the patient at the center” in everything health & care related, especially innovation. It’s almost an assessment criterion: has the patient been central to this decision or that innovation? Needless to say, it’s been mostly the same established experts, policymakers or others that you’d deem knowledgeable that have been compulsively pushing patient centricity. Not because of hidden agendas or false interests, but I believe because they operate inside dominant cultures that Lafleur in his piece rightfully calls “an obsolete and dying health care and elderly care paradigm”.

Putting the patient at the heart of practice and innovation is not new – but making it stand out as a new idea increases the contrast between it and an old culture of ’top-down’ and expertise-centered modes of interaction. Patient centricity has become window dressing for a model in crisis and in denial.

This is not to say that the paradigm is shifting – yet. The dominant cultures within the care system obscure any hint of crisis and work as a silencer. Scholars, policymakers, professionals and other ‘problem solvers’ in and around care know (or should know) that their solutions aren’t solving their problems, so they try to create more and better solutions, confusing motion with progress. This is not the way forward, most prominently because these solutions are not solutions for, or addressing the problem of, the Model Crisis. They’re mainly window dressing, and draw attention away from the core issues. The dominant culture of our care system is promoting these efforts because, as Lafleur so coherently points out, “patient centricity’s cultural DNA reflects old models of medical authority, social arrangement and cohesion, and economic realities.”

It indeed does not question old ways, it’s by nature an extension of it! So the existing culture of care is muting any efforts to debate the system itself, leaving it untouched and increasingly incapable.

In the paragraph A commitment to care Lafleur’s argues that illness and health are “no longer something that can be isolated or time-boxed. It has become complexly itself, tied into all the events, emotions, networks and actions that compose life.”

CareCare and illness have become complexly itself, tied into all the events, emotions, networks and actions that compose life. is thus much more than the exclusive domain of doctors and science, but should be seen as inseparable from values – which can be found

“in the notion of care. Care is more than the delivery of services or functional transactions between two parties; care implies a relationship. […] Care, as a guiding concept, might also allow us to see how to integrate the system in ways that help to speed more transformative health solutions. Care can be a mandate for traditional health actors as much as it can or should be for food, financial services and insurance companies (just to name three).”

I see great truth and potential in this new frame around care. At the same time, I feel that the current model is not receptive for this radical reframing because of the reasons stated above (mainly its solution orientedness).

That’s why I’m urging to look at Lafleur’s pointers in terms of a larger systemic frame. We need, I think, to work on the receptiveness to arguments of Lafleur (and the likes). I think we do that best by creating experimental spaces in which we create and test alternatives to the current model of care, while at the same time using them as arguments to question that very model. True, solutions generated in this space risk being seen as solidified consensus, points where creativeness and thinking may stop. Much effort should be put into showing that these solutions are merely moments in a process of creating and testing new frames for, models around and new principles for health and care.

Concluding, there’s a lot more to be said about Marc Lafleur’s writing and I’m happy to leave that to each individual reader. Lafleur provides some helpful perspectives for “the way forward” that everyone can (and should) make actionable in one’s own context. I for my part will do so, this reaction being a first attempt. Putting the article’s insights in context of the Kuhn model can help fuel a debate and also help steer it in the direction that I feel is most needed in the Dutch context. 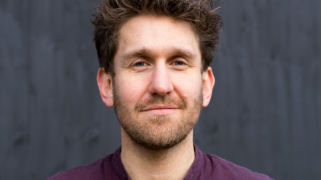 This text has a Creative Commons Attribution License (CC BY) and has been copied from the Kennisland website. For a full version with images, streamers and notes go to https://www.kl.nl/opinie/confusing-motion-with-progress/