Open textbooks are a way forward in education

During my one-semester stay at an American university (go Atlanta Falcons!) I spend about $400 on textbooks. To me that was a ridiculous amount of money, not realising that it was below average for what a normal student pays for books. Which is, according to a study done by the US PIRG Education Fund, $1200 a year. I got my books second hand at the university bookshop, because I took classes that allowed for such a thing – namely history and political science classes.

One of my roommates at the time was pre-med. She had to read huge textbooks filled with human anatomy of which publishers released new editions every two years or so. This meant that she could not buy used books, as the professor would dictate that she used the newest edition. One of these books would cost somewhere around $100-150 and was used for one class only. This does not include possible assignment booklets, CD-ROMs (yes, we still used those back then) and other materials. Needless to say, she did not want to buy the book as she could think of nicer ways to spend that kind of money.

This is exactly the premise the PIRG used to write the report ‘Fixing the broken Textbook Market’ which argues that open textbooks are the next step in equality and quality education in the US. Though textbooks are more expensive overseas than they are here in The Netherlands, the same concepts apply. We can lower costs, improve the quality of textbooks, improve results by students and give access to high-quality educational resources to people not enrolled in university by creating and using open textbooks. So why are we not doing this?

How do open textbooks work?

Textbooks, as mentioned, are expensive. As a matter of fact: US college textbook prices have increased by 82% in the past ten years, which is 3 times the rate of inflation. The students can not shop around and find the most affordable option, as the professor decides exactly what needs to be bought, so there is no consumer control on the market. Moreover, it is in publishers’ best interest to release new editions of textbooks even though the subject matter has not changed, which means the secondhand market is limited and they sell more books.

The alternative? Open textbooks. Open textbooks can be created by anyone, used by anyone, improved by anyone and shared by anyone. Think of a combination of Wikipedia articles, enriched with Wikimedia Commons images, and edited by a university professor. He licenses the book under a Creative Commons Attribution ShareAlike 4.0 license, uses it in the ‘History of the Prussian War’ class he teaches and asks his students to provide him with improvement on the textbook as their final assignment. The professor uses the improvement where necessary and re-releases it under (off course) a Creative Commons Attribution ShareAlike license as a version 2.0.

His colleague in France finds the book on an Open Textbook share platform like the Open Textbook Library, uses it in his class, and writes an extra chapter for the book on his field of expertise. He also finds another open textbook on a similar subject and enriches the Prussian War textbook even more. He even adds some YouTube films of the battlefield remains of the war – as he took his students on a field trip there. Next semester, the first professor has an even better book to teach from.

The upside? The book is free for the students, they can buy a printed copy for half of what they would have paid for a conventional textbook and the students have more influence on the way they are taught. To set this against the reality: 65% of the respondents in the PIRG report claimed that they decided against buying a textbook because it was too expensive, of whom 94% were concerned that this would lower their grade. This is not really how we want to educate the future generation; no textbooks because they are too expensive?

The downside of Open Textbooks? The professor needs to invest a lot of time in the textbook (if he is the first to create it). But in the end it saves the educational sector a lot of money. Think of the time the professor spends on pre-reading books he wants to use in his class; this time can all be spend by looking for existing textbooks, adapting them as necessary or making a new textbook. You create an open textbook for eternity, as the same copy is adapted and improved over time. There is no need to buy new textbooks every two years, as the new updated version is available for free download at any given time. However, time investment is something to take into account before embarking on an Open Textbook journey. Professors will need to have enough time to create and find textbooks.

A second point of attention is quality control. When buying a publishers creation you can be relatively certain that the quality is of such standard that you can use it for your class. It is paramount that the quality of textbooks in classes will not suffer by publishing them open. That is why peer-reviewing open textbooks is very important, and why we should adopt a system like the one that College Open Textbooks uses. Naturally there will be some bad Open Textbooks available, but they can be improved because they are open.

The wheel has already been invented

In short: what are we waiting for? Let’s give open textbooks a chance. Which Dutch university will be first to adopt the new system? Will it be progressive MOOC developers like TU Delft, University of Amsterdam and Leiden University? Or will we be surprised by HBO-level textbooks written by the Hogeschool van Amsterdam? Time will tell, and we at Kennisland hope it to be sooner rather than later. 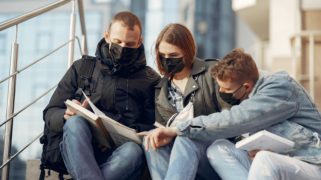 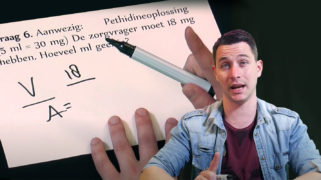 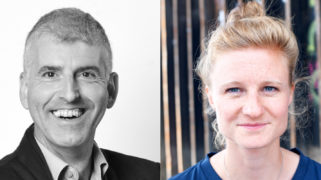 This text has a Creative Commons Attribution License (CC BY) and has been copied from the Kennisland website. For a full version with images, streamers and notes go to https://www.kl.nl/opinie/open-textbooks-are-a-way-forward-in-education/