‘Not my kids’ – the data trade-off in education technology

I sell my data constantly. Everytime I download a free app, everytime I login to Facebook or ask LinkedIn to ‘find more of my contacts’ I am selling my soul – excuse me – data for a service. Apparently, my data is valuable enough for these profitable companies to build complicated services and let me use them for ‘free’. According to the Financial Times’ ‘How-much-is-your-personal-data-worth-Calculator’++How much is your data worth? Read this Financial Times article and find out. my data is worth $0.2317 to marketeers. Note that this would easily double or triple if I were to become pregnant. Obviously, my data alone is not going to break the bank, but since WhatsApp has more than 700 million active users worldwide, things are becoming more interesting business-model wise.

Most people know this by now, yet still actively use these apps (myself included). Apparently, it does not bother me enough that marketeers around the world know that I am planning to buy a new pair of sunglasses; or considering to go on holiday in Indonesia, to prevent me from using these services. But it is not restricted to this type of information apps – and by extent everyone who is willing to buy the information – have on me. They know who I chat with, the medical conditions I look up online and which horrible reality TV-shows I watch on YouTube. They have copies of every photo I upload through their services, and Facebook++For a laughWatch this segment on the Ellen Degeneres show called ‘You posted that on Facebook’. even permits itself an unlimited license to re-use all my photos (including that drunken weekend in New Orleans) as they see fit, even commercially. And yet I use these services.

Here is where it becomes interesting. We throw our own data around like it’s nothing, and yet, when it comes to the little humans we have in our care – to our children – we scream ‘No!’.

Wired Magazine posted++Wired Magazine’s postRead the Wired article here. about the slow rate of adoption of modern education technology in the classroom the other day, with a case study surrounding Pencil, a messaging app that allows communication in schools. Pencil is experiencing trouble getting adopted in educational settings because of the data issue. All of a sudden, in the context of our children’s education, free (data-collecting) apps are evil, and are too dangerous to be used for school. While voices in The Netherlands are asking for open educational data++Open educational dataOpen Educational Data is getting traction in The Netherlands, for example this initiative. (share standardised test scores to rate a school’s quality for example), even louder voices scream ‘No! We should not do this, because perhaps someone can backtrace what kid had which individual score, which would be a massive invasion of privacy’. Because of this, new trends like personalised learning (which have the potential of helping both ‘less-than average-’ and ‘high-IQ’ students excel in their education) are increasingly impossible to implement because gathering this data is ‘dangerous’ and could lead to ‘future employers knowing your third grade spelling test score’.

Now, I am not arguing that thesWe throw our own data around like it’s nothing, and yet, when it comes to the little humans we have in our care – to our children – we scream ‘No!’.e (mostly) parents do not have a valid point in being concerned about the collection of data on children. On the contrary, we should think very carefully about privacy issues in data collection, especially when opening them up.

The contradicting trend that really bothers me though is that my Facebook newsfeed is filled (nay, overflowing) with naked baby photos. That parents proudly share their children’s report cards through Twitter. That parents allow their children to lie on their Facebook application form to state that they are over 13 years old and create their own account. That hardly any parents ran screaming with pitchforks to the intriguing Correspondent Koppie Koppie-experiment++Koppie-koppieRead the English version on this experiment here. where mugs with Flickr-uploaded baby photos were sold.

Are parents expecting that they can simply use the ‘Right to be Forgotten’ under EU-law to have the embarrassing links removed from search engines once their children grow up? Do they fear that educational publishers or app developers are more evil than Google? Or is it simply that parents do not think about their actions enough to connect the dots and see their own questionable behaviour regarding data contradicting reality?

Although I fear the last – and I would very much like the call to action to be ‘stop posting your photographs of your kids on Facebook – the message is this: parents, teachers, do not say ‘no’ to educational innovation simply because it is online, it concerns data and it scares you. We need to include discussions about privacy in the process, but let’s not pretend the ‘scary data’ is not already out there and that you are not the one that is putting it there.

Excuse me while I post another photograph of my food on Instagram. And buy those sunglasses Google is pushing on me. They are very pretty.

PS: Yes, there are also parents who are very good at not sharing details about their kids online. I applaud you. I do fear you are very much in the minority. 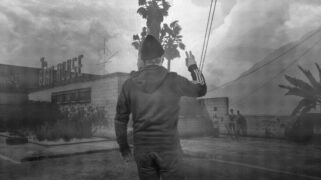 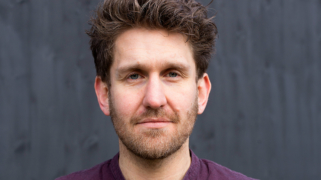 This text has a Creative Commons Attribution License (CC BY) and has been copied from the Kennisland website. For a full version with images, streamers and notes go to https://www.kl.nl/opinie/not-kids-data-trade-off-education-technology/