During 10 days, 23 participants, from more than 10 different countries such as Kenya, Costa Rica, Iran, Zimbabwe, Guatemala and Nicaragua, went on Social Safari in Amsterdam. In the midst of the urban jungle participants set out to find new social solutions for some of the most wicked challenges in our city such as youth unemployment, youth care for young criminal offenders, a declining urban neighbourhood and the rise of a shared economy. Old problems, new insights, new partnerships
All around the world we are facing some pretty tough social and economic challenges – from climate change to unemployment, from chronic diseases to growing income inequality. And although the nature and severity of these problems differ, they all are in need of fresh approaches and out of the system solutions. The same old approaches, same old frameworks and same old ideologies are falling short. The aim of the Social Safari is to discover new ways of thinking and doing and to give space to try them out for real. For this reason three organisations came together: Kennisland, a think tank for societal renewal, University of Amsterdam’s graduate school for social studies and Hivos, a development organisation supporting social innovation around the world. Together we selected a talented and inspiring bunch of social innovators from around the world and developed a learning experience based on their knowledge and experience in creating social change. The result was an intense and immersive pressure cooker filled with tough questions, short time frames, tons of activities, fresh theories and methods and of course loads of group dynamics! The Safari journey: upside down and backwards up
The group started its expedition by visiting the four sponsor organisations where it was introduced to the social challenges. They visited the office of the Amsterdam Economic Affairs, the department of Work and Income, the Bureau of Youth Care and the community center of the Housing Cooperation De Alliantie in the Dobbe neighbourhood. After that four groups were formed, each focussing on one of the challenges.

Although the groups started investigating the social issue from the perspective of the system, they quickly shifted the focus to the world of the end users. In order to understand this world the participants observed the power of ethnographic methods taught by Sarah Schulman. This led to a reframing of the original problem statements and to the generation of fresh approaches and ideas of which some got to be prototyped in real life. The assumption is that in order to really get to new approaches one needs to start by questioning the underlying values on which the problems are based. Is it really the government’s responsibility to keep children safe and what does ‘safe’ actually mean in the life of a child? Should all young unemployed people be geared towards work? Should new expressions of the shared economy become part of the formal system? And what do the inhabitants consider to be a ‘good’ neighbourhood and how does this differ from the view of the housing cooperation?

Future proof solutions rely in many instances on a more user driven perspective instead of adhering to institutional driven objectives. A shift that most institutions recognise, but find very hard to realise.

Further steps
Although it was an inspiring and intense journey, in order to achieve real lasting change it was of course still too short. New approaches to social change have been investigated, hunches which could be the basis of new solutions have been developed and prototyped, new connections have been made, but more remains to be done to really create new fruitful perspectives for the big social problems of our time. Safari 2013 was an invigorating first step. Thank you all for joining this adventure. It is only by getting out there and actually doing things differently that we can create new perspectives for a more social and sustainable future. 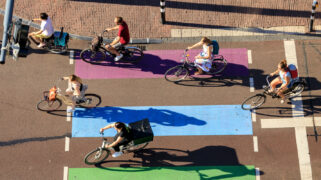 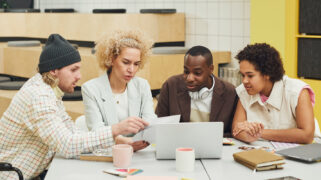 This text has a Creative Commons Attribution License (CC BY) and has been copied from the Kennisland website. For a full version with images, streamers and notes go to https://www.kl.nl/nieuws/social-safari-2013-wrap-up/